Anjani Kumar Sharma  was Nepal‘s first surgeon. Sharma was born on June 7, 1928, in the remote region of Bhaluwahi in Siraha District in the Terai region of Nepal. Growing up in rural Nepal there was poor access to healthcare, because of this he lost his mother at age 8. Following her death he was inspired to become a doctor. With the help of his father and uncle he achieved his dreams. He completed his MBBS from Calcutta Medical College in 1955. He was awarded MS in Surgery from Darbhanga Medical College in India. He also went on to complete his FRCS from the UK.

Dr Anajani Kumar, also known as Dr AK Sharma amongst his peers, played a crucial role in the advancement of surgery in Nepal, and led the surgery departments of two prominent government hospitals— Bir Hospital and Tribhuvan University Teaching Hospital, for over three decades.

He is mostly remembered for his unwavering efforts and campaigns to ban tobacco products and raise taxes to curb their use, which he continued until his last moment of his life.

He also played a leading role in the establishment of Bhaktapur Cancer Hospital, governed by the Nepal Cancer Relief Society (NCRS) where he also served as the founding vice president for seven years. Besides his lifelong crusade against tobacco and cancer, he also authored a number of books, including Cancer Chetana, a layman’s guide to cancer.

Initially, Dr Anjani Kumar ran a day-care service with 15 beds at the Bhakatpur Cancer Hospital. Today, the hospital has emerged as the premier cancer care centre of Nepal.

In 1962, Dr Anjani Kumar established and led the surgery department at Bir Hospital. His colleague, Dr Dinesh Raj Gongol, joined him months later. The two doctors are credited for introducing modern surgery in Nepal. During the 1960s, Nepal had a few MBBS doctors, let alone a qualified surgeon. Dr AKS and Dr Gongol were among the first doctors in the country to conduct surgery. Occasionally, doctors from India used to visit the hospital to perform complex surgeries. 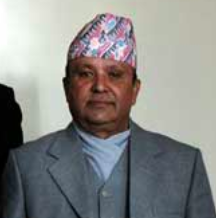 Upadhaya Neupane as the seventh child of the family, Dr. Sharma got his MBBS and MS (General Surgery) degree from St. Petersburg, Russia. In the year 1977, he received his Ph.D. degree in Cardio-Thoracic Surgery following which he received his post-doctoral fellowship in Cardiovascular Surgery from Japan and USA. He is also a fellow of the College of physicians and surgeons of Pakistan (FCPS), International College of Surgeons (FICS), and National Academy of Medical Sciences (NAMS).

During the year 1977, he worked as a medical officer in Bir hospital following which he became a lecturer of community medicine at the Institute of Medicine (IOM), Maharajgunj.

He is credited with many pioneering titles namely  Executive director of TUTH,  first  Professor VC of TU. During his tenure as an executive director, the income of TUTH increased by five times. In addition, he is best known for developing Cardiac Surgery in Nepal (IOM, TUTH). He is honored for developing a subspeciality in Surgery for the very first time in TUTH.

Regarded as one of the most proficient cardiac surgeons he took leadership at the Palace Massacre at Military Hospital including the operation of the then Her Majesty the Queen. His approach to surgery remains influential. Dr. Sharma who has visited many countries during his course of learning and practice is also awarded with Gorkha Daxin Bahu 3 and Trishakti Patta 3 by the then His Majesty of Nepal.

Professor Dr. Mahesh Khakurel, former Head of the Department of Surgery, Tribhuwan University Teaching Hospital is the immediate past President of the Surgical Society of Nepal. He completed his MBBS from Punjab University, India in 1969 and did his post-graduate training in Surgical Gastroenterology, at Hyogo University, Japan. 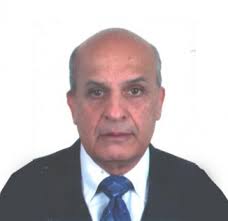 His interest in a career in Surgery took him to the UK where he completed his fellowship at the Royal College of Surgeons of Edinburgh, UK in 1981. He served as the vice president of Society of Surgeons of Nepal in the Executive committee of 1995 – 1997 and as the President  later (997 – 1999).

He is the executive member of the Liver Foundation of Nepal and has served actively as the member of the Post Graduate Committee, Institute of Medicine. To honor his contributions, he is the recipient of SIKCHYA PURASKAR (TU 1996). He has also been awarded the Durgam Sthan Sewa Padak and Subha Rajyabhisek Padak. 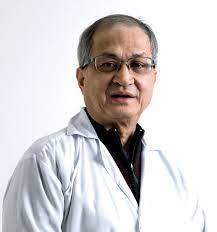 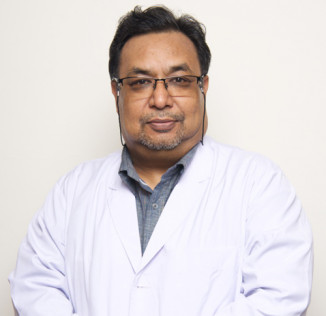 is the sixth Head of Department of General Surgery of Tribhuwan University Teaching Hospital. His work is renowned in the field of General and GI surgery as well as disaster management by health systems in Nepal. Having received his clinical fellowship and Ph.D in Hepato Biliary Pancreatic Surgery from Mie University School of Medicine (Mei, Japan), he has established himself as one of pioneers of minimally invasive surgery in the country. Along with his expertise in the field of surgery, he has received numerous trainings on primary trauma care management, as well as Palliative Care. He has also made numerous key contributions to the development of medical education in Nepal.

Dr. Vaidya is highly celebrated in his field with numerous awards such as the best presenter in the conference of the Japanese Surgical, as well as the best doctor by Tribhuwan University Teaching Hospital. He has received the Mahendra Bidya Bhusan, and the education medal from TU. The Nepal Cancer Relief Society has awarded him with the certificate of appreciation and the Sanuchori Smriti Cancer Service Medal. 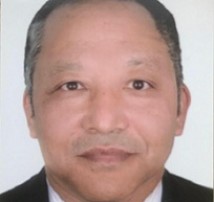 Professor Dr. Sushil Krishna Shilpakar is the seventh Head of Department of General Surgery of Tribhuwan University Teaching Hospital. His is a renowned neurosurgeon and has received a fellowship in General, Cerebrovascular and Endoscopic Neurosurgery. With over thirty years of clinical experience, Dr. Shilpakar has participated in over fifty national and international conferences with close to 100 scientific paper/poster presentations.

He has previously served as the Head of the Department of Neurosurgery, TUTH from 2016 to 2019 and guided over twenty thesis dissertations as a guide. He is decorated scholar, having received the Elekta scholarship by the Congress of Neurological Surgeons (CNS) in 1996 and the Birendra Aishwarya Sewa Pada by His Majesty’s of Nepal. He has received numerous certificates of appreciation from reputed institutes like the Work of the World (Brighton, UK), the Myanmar Neurosurgical Society Yangon (Myanmar), and the Rotary Club of Thamel (Kathmandu, Nepal).

Professor Dr. Yogendra Prasad Singh is the eighth Head of Department of General Surgery of Tribhuwan University Teaching Hospital. His contribution to his alma-mater has been significant in terms of improvement and establishment of the surgical oncology team at the hospital, taking TUTH one step further towards becoming a true tertiary care center. 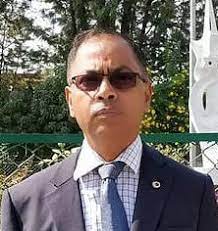 He is the founding Vice-Chairman of the SAARC Federation of Oncologists-Nepal and was the Chairman of the International College of Surgeons-Nepal. Currently, he serves on the board of numerous essential organizations such as: the Asian Oncology Society, and Nepal Health Research Council. He is the project directory of Suresh Wagle Memorial Cancer Center, TUTH and Director of Research at the Institute of Medicine, Nepal.

Dr. Singh has been highly celebrated in his field and been the recipient of many accolades like BFT’s International Humanitarian Award 2020, as well as the outstanding president of the year (LY 2017/18) Lions Club of Kathmandu 2018. He has been awarded the status of both the Best Doctor Service Award of TUTH as well as the Best Medical Teacher by his students of Institute of Medicine.

He currently hold a Mahendra Bidyabhushan ‘A Class’ presented to him by His Majesty, the Late King Birendra. His international honors consist of the Young Scientist Award (XV Asia Pacific Cancer Conference, Chennai, India) 1999 and the International Award for Medical Research from Kansai Medical University in 1996. There have been almost a 100 papers published under his authorship in renowned international and national journals and lead nearly twenty guest lectures and symposiums. With these innumerable feats, Professor Singh is one of the most celebrated and renown HoD’s of our Department of General Surgery till date.