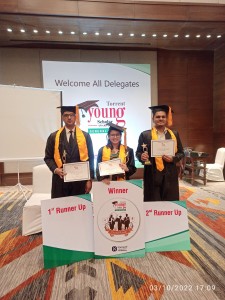 A yearly competition amongst third year residents all over the country. The first online MCQ round was conducted 2months back where 57 residents had participated and 18 residents from various medical colleges were short listed. A competition was held yesterday at Hyatt Regency in the presence of distinguished panelists from various renowned medical colleges.
The first four rounds included MCQ’s ,buzzer round and a debate the topic for which was given 5 days back. From the 1st 4 rounds,, top 6 were selected and three of the top 6 included three 3rd year surgical residents from TUTH , IOM.The final round was clinico pathological conference and viva-voice. A single case was given to all the finalist and approach and knowledge was evaluated.
In the final results Dr. Aliza Hamal and Dr. Rupesh Verma from TUTH, IOM secured first and third position respectively. 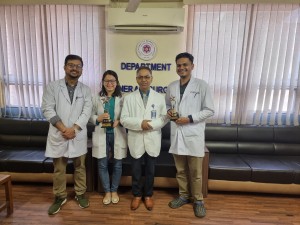